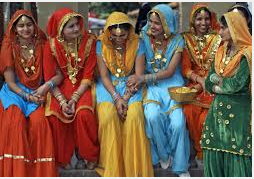 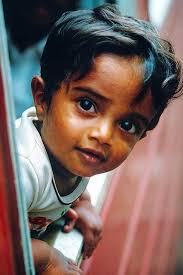 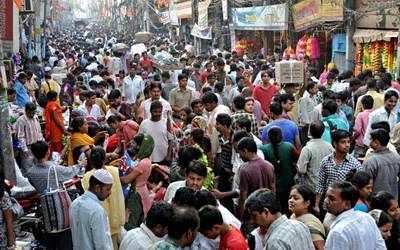 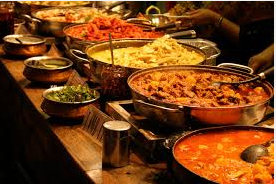 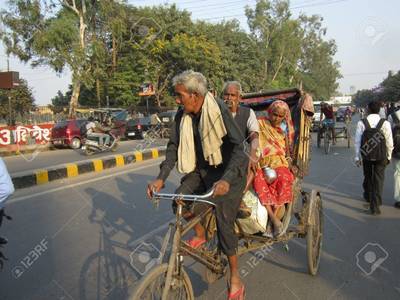 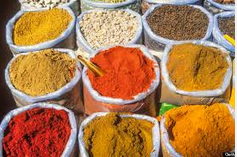 TWENTY YEARS LATER - 22 June 1978
.When the Thai Airways flight landed in New Delhi at three o’clock in the morning, Maria and Franca were the first to the door, ready to get off, tired, but excited. They were anticipating their farewell greeting for the hostesses in silk saris: a slight bow with palms pressed together. They had planned it during the flight, seeing them perform this graceful movement every two minutes. As the plane door opened they were hit by a gust of hot moist air that took their breath away. Surprised by the sweltering heat Maria forgot her grand gesture, greeted the hostesses with a concerned nod of the head and descended the first few steps, holding on to the boiling hot handrail. From behind she heard Franca say: "I'm going back home on the next plane!"

She laughed, despite it being a choice between laughing and breathing, and wiped the dripping sweat from her forehead with the back of her arm. She closed her lips and started to inhale, sucking air through her teeth. If Indian people survived it meant that, in theory there was enough oxygen. She had taken a few steps, sinking on soft tar that appeared to be at the point of melting, when her problems, the ones she had brought from Italy, seemed much smaller than when she had boarded the plane.

"Try to breathe slowly through your teeth," she said, turning slightly toward Franca who was walking behind her. She laughed again, seeing her companion's eyes wide open. "This way, a bit of air comes in!"
Franca nodded, without a word. As soon as they walked through the airport doors the temperature changed dramatically thanks to the air conditioning and Maria turned around to wait for her friend: "It works, doesn’t it? Breathing through your teeth."
"I knew this technique, actually, I just hadn’t remembered to use it," she said, matter-of-factly.
At the luggage belt, Maria recognized a group of young Italian men who had travelled on the same plane, waiting for their bags. They seemed at ease, laughing and joking, which made her think this wasn’t their first time in India. Leaning toward Franca, she said softly: "Look at those four. They seem completely at home! Shouldn’t we tag along to find a hotel somewhere?"
Franca grimaced; she was fiercely independent but, taking advantage of a brief moment of hesitation she saw in her face, Maria approached one of the boys and asked him if they knew of a hotel or a guesthouse for the night.
"We always go to the same place," replied the boy, surprised by the sudden approach.
"Can we come too?" asked Maria. "It’s our first time in India and we don’t know where to go." She saw Franca looking the other way, pretending not to know her, but she ignored it. "Maybe we can find a room there, too."
"Sure! Why not?" said the boy in a friendly manner.....................

Once they recovered their backpacks, they followed the four Italians. As soon as they were through the revolving doors the stifling heat hit them again. They walked to the taxi rank, where sturdy black cars with yellow roofs were waiting in line, the guys in front, Maria following closely behind and Franca keeping slightly further back. Maria observed with interest while they haggled on the rate, in their elementary English enriched by a strong Italian accent. The taxi driver held his own well, explaining that the price of petrol had increased and he had a family to support. The Indian accent turned out to be quite funny and, at the same time, easy to understand. After a long discussion they agreed on the price, the four young men put their bags in the trunk and got into the taxi.
"What about us?" asked Maria. "Where do we sit, on the roof?"

The taxi driver took the backpack from her hands and threw it on the roof rack, proceeding to do the same with Franca’s. Worried about the precarious position of their luggage, Maria explained, in her rusty English, that he had to secure it, otherwise it could fall off. As he refused to listen, waving his hand to tell her not to worry, she felt compelled to insist, and followed him closely as he walked toward the driver's door. When she got hold of his arm, the man finally stopped; looking calmly at her, he said with a smile: "Shanti, Madam! Shanti!" and motioned for her to take a seat in the car.
She threw a worried look at Franca who, on the opposite side of the car, shrugged her shoulders. "Bah, everything will be fine! Shanti, Maria, shanti!" she teased, imitating the driver’s accent.
Resigned, Maria looked at the three boys sitting on the back seat. "And where should I sit?" she asked.
"Here!" said the nearest one, slapping his thighs. She glanced at Franca, who was sat in the front seat, squeezed in with an Italian and their Indian chauffeur, tight and cosy.
"Oh, all right! Shanti, then," she said, trying to find a comfortable position on the boy’s knees. "But now can someone tell me what it means?"
"Peace"
"Calm down!"
"Relax!"
And so she had learned her first expression in Hindi: 'Calm down Maria!'...................... 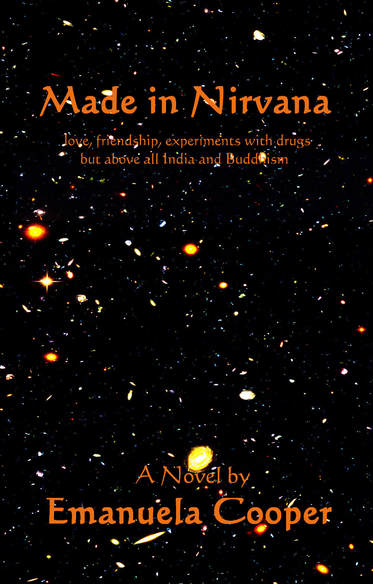 To go to the next page click here: Chapter 2